Or at least, they claim to. They’re not. What they are actually measuring is motor vehicle speed and the difference between the worst trip and the best trip on a few selected journeys across a city. Unlike most of these studies, they actually included Victoria, so this actually have local relevance. So, what exactly is their study missing:

Motor Vehicle Traffic, not Traffic
It is framed as a study of traffic congestion, but it actually only looks at motor vehicle speeds as measured by Google (which pulls their dataset from Android phones such as mine). A helpful diagram of what they are missing: 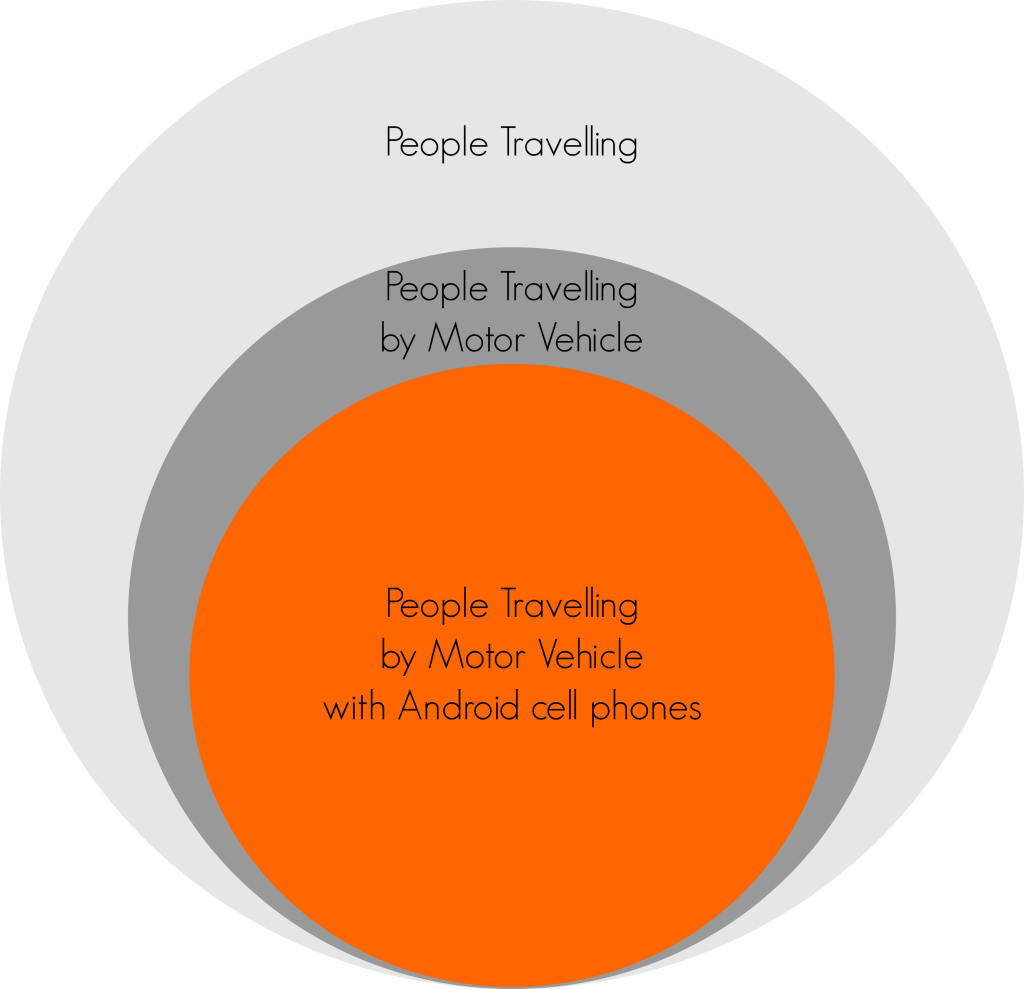 Data notes: This assumes 75% of people use a motor vehicle to travel  (The 2011 Canadian average for commuting mode share by motor vehicle is 74%), and that Android usage is 84% (the 2014 worldwide market share).

Measuring Longest to Shortest Time Journeys
TomTom does this as well (and quite rightly gets flak for it). Here is the problem: Let’s look at two commutes: mine and a friend in Vancouver’s. His commute time of 30 minutes is normally double mine, but during peak periods we both take 15 minutes longer to get to work. By this measure, he is worse off than I: 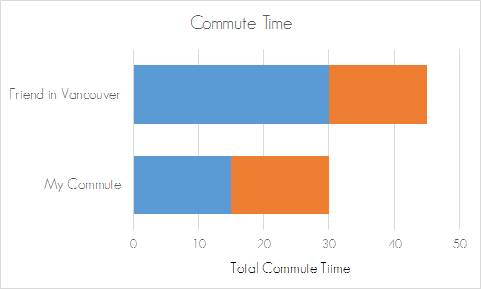 But if you use the 10and3/TomTom methodology, what matters is the difference between the fastest and slowest journeys on the same route. Suddenly my delay was worse than his was: 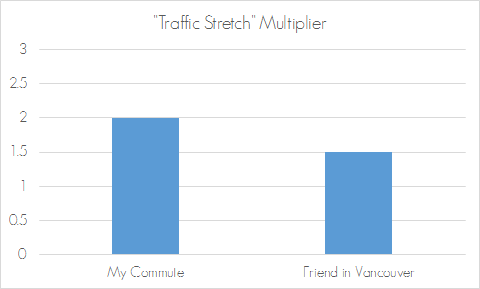 By this measure, my city is clearly more congested than his, even though my worst commute time ties his.

Why does any of this matter?

Because it is overall commute time that actually matters. Study after study has shown that longer commutes are worse for health, friendships, relationships, community connections, volunteerism, the economy, etc.

Further, by only focusing on the motor vehicle, we end up with perverse results such as wider roads and bridges (which do nothing to reduce congestion) rather than better land use and more active transportation & public transit. Check out some of the links below for further documentation.

People much smarter than I have dug into the 10and3/TomTom methodology and come away unimpressed: